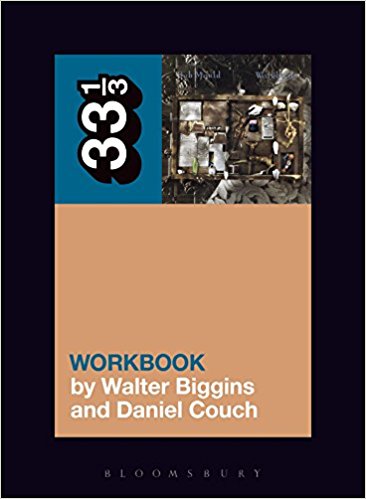 In 1989, Bob Mould took a left turn. Already legendary before his 30th birthday for his noise-and-nuance work in Hüsker Dü, Mould had recently walked away from his old band. He re-emerged with his debut solo album: Workbook. Filled with chiming acoustic guitars, multitracked vocals, pristine production, and even a cello, Workbook was both admired and questioned for Mould’s perceived departure from his post-punk roots.

Three decades later, the album has emerged as a key for understanding the nascent alternative rock genre and the concerns Mould would explore for the duration of his career. Fusing post-punk sound and confessional lyrics with a richer emotional and musical range, Mould’s Workbook merged worlds that seemed unbridgeable at the time. Alternative rock emerged from the wreckage of the 1980s, and Workbook was a model for the genre’s maturation.

Workbook serves its title in two ways-as a map for musicians to follow into a new mode, and as a journal of Mould’s struggle toward adulthood. It opens conversations about rock, identity, spirituality, authenticity, and the perils and promises of mainstream culture. Walter Biggins and Daniel Couch, two critics who grew up with Workbook, extend these conversations-through letters and emails to each other, and through correspondence with Mould and Workbook’s musicians and producers. That crosstalk leads to, through this seminal album, a deeper understanding of “alternative rock” at the moment of its inception, just before it took over the radio.