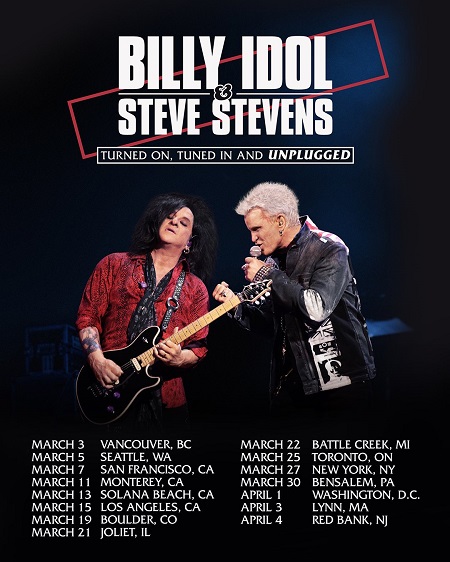 Billy Idol and Steve Stevens, one of rock’s most iconic and enduring duos, will hit the road in March 2019 for their first ever tour performing as a duo: ‘Turned On, Tuned In and Unplugged’. Fans across North America will have an opportunity to enjoy their hits, deeper album cuts and songs that influenced them both in a new and intimate setting. Plus, hear spoken word interludes from Billy Idol adding color to the stories behind the songs and career of one of rock’s most compelling survivors. A full list of tour dates is below:

Ticket and VIP info at this location.