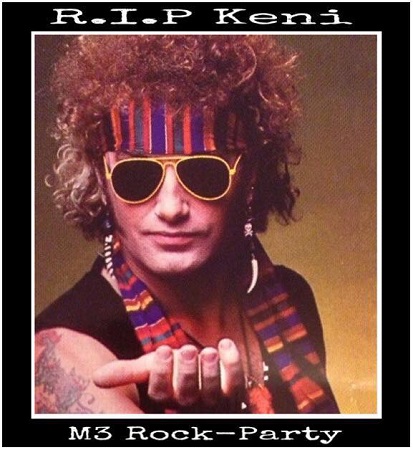 According to a post by Autograph guitarist Steve Lynch, original Autograph drummer Keni Richards has passed away.  No details surrounding the death were given, but the guitarist posted the following message:

“Very Sad news today my friends. I just got confirmation that Keni Richards, our original drummer and cofounder of Autograph has passed away. He was the mighty force that was our backbone from 1983-1988. We wish him a pleasant and peaceful journey. Our love and condolences to his family and friends. He will be missed greatly…”

Keni Richards was a founding member of the band Autograph. They released their most successful album, Sign in Please, in 1984. With the success of their hit single, “Turn Up the Radio,” and their other minor hit, “Send Her to Me,” the album went gold, selling over 500,000 copies in the United States.

According to lead guitarist Steve Lynch, the album took 30 days to record and master; “We were seasoned musicians in the studio so worked very fast and were always well prepared.” He also noted that its major hit, “Turn Up the Radio,” was recorded at the tail end of the Sign in Please sessions and that RCA didn’t find it suitable enough for inclusion. However, after stern insistence, the band was able to get it on the album. Neither party, however, expected it to gain such critical success that led to the album’s gold status in 1985.

For more info on the history of Autograph, read our full in bloom music interview with Autograph guitarist Steve Lynch.

“Keni was a great four on the floor drummer and the true comedian of the band. He had an undeniably unique attitude about music and how he perceived the world.” – full in bloom interview with Autograph guitarist Steve Lynch.

“@AutographBand: R.I.P. Keni Richards. pic.twitter.com/lnGd3WVZgc” Keni will be missed. An amazing soul and funny as hell. Damn. Love you Keni