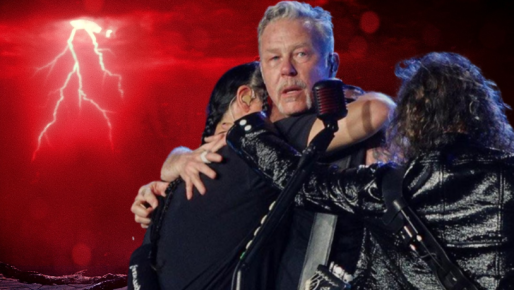 And they said it wouldn’t last…Ever since Eddie Munson jammed “Master of Puppets” during a pivotal scene in the Stranger Things season finale, Metallica have found themselves being adored by a whole new generation of fans. As a result, the song entered Billboard’s Hot 100 chart for the first time since its release 36 years ago, landing at #40. However, the recent embrace of the band could be short-lived after a recent video, covering Metallica’s past, was uploaded to TikTok.

WATCH THE TikTok CLIP BELOW

@serenatrueblood I find it intersting that they only cared about gatekeeping in their fandom when they started getting big agaib from Stranger Things. Thy only care about what lines theor pockets #metallica #metal #isyourfavproblematic #stanculture #cancelculture #fyp p.s. sorry dad #greenscreen #greenscreenvideo ♬ original sound – Serena Trueblood 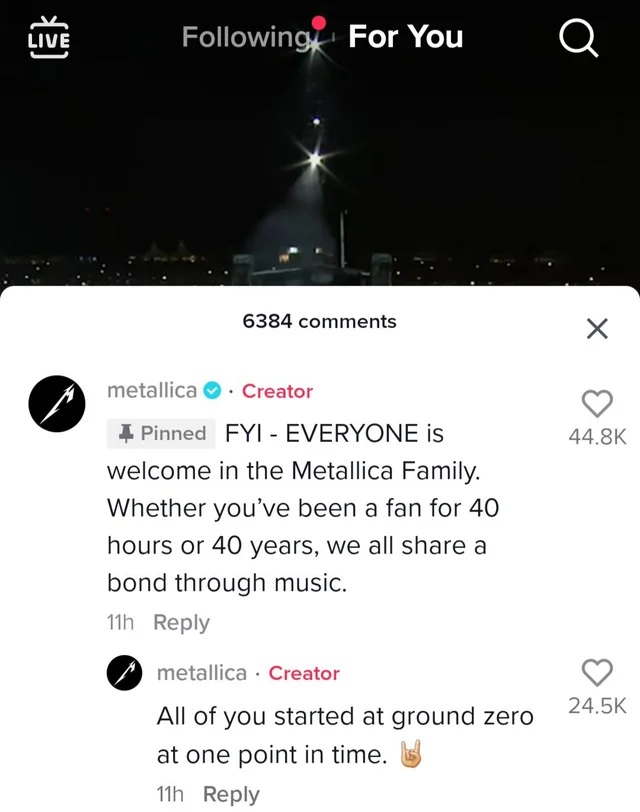 I open tik tok to see people trying to cancel Metallica 🤨… That app gets worse by the second. pic.twitter.com/5iyCdlulNF

Metallica seeing a bunch of sad teens trying to cancel them on tik tok pic.twitter.com/y1eC5E7bxA

metallica when people on tik tok listen to their music in a way that doesn’t give them support like views or money pic.twitter.com/l9jAFdnD6K

The whole Metallica tik tok thing is pretty funny but it really does say something about the state of music fandom now. People essentially treat real people as fictional characters so build up ideas of them in their heads and then don't like it when they don't live up to this +

like of course we don’t expect much from a band of mostly white guys in the 80s but you can’t get mad at ppl for not wanting to support them or loosing interest cause of it, esp if you’re white you don’t get a say 😐

Let's get one thing straight. Metallica didn't need stranger things or TikTok. It was the other way around. 🤘 pic.twitter.com/zt37cSddC3

Kids are trying to cancel Metallica on Tik Tok…what if they found out about Pantera. pic.twitter.com/bW4v06iJF6

Hey TikTok kids. May I suggest listening to ‘Holier Than Thou’ #Metallica

Supposedly tiktok has cancelled Metallica because they were problematic? Sounds like the kids have finally made it through the discography to that St Anger snare!

It's funny to hear that Tik tok is trying to cancel Metallica. Wait till they hear about Motley Crue

Wait…what?!??! TIK TOK STRANGER THINGS FANS ARE TRYING TO CANCEL METALLICA??!?!?!?!? I KNOW THIS BAND FROM MY CHILDHOOD AND LIKE HOW?! …..
I feel like they need to grow up…
Anyone agree?

I think the real story here is the kid wanted to make a video that got her views on her Tik Tok. For better or worse she got what she wanted and the video went viral. She doesn’t really care about what Metallica or anyone else did, She cares about blowing up on social media.