Anton Fig:
“Really thrilled to be the guest drummer with the Late Night
with Seth Meyers house band on the week of October 30th” 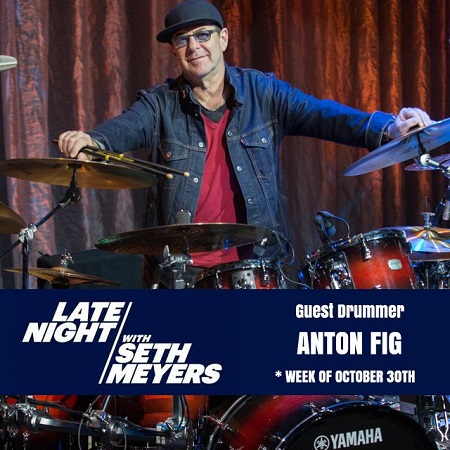 Did you know….
Anton Fig played drums on the KISS albums Dynasty (1979) and Unmasked (1980), playing drums on all tracks for both albums (except Criss’ song “Dirty Livin'” from Dynasty). To cover up personnel problems within KISS, Fig’s work went uncredited for years.

We play some beautiful places on the @JBONAMASSA fall tour – this was @HultCenter Eugene on 10/16 (before the doors opened) ? pic.twitter.com/vJEKJ0ZgtG