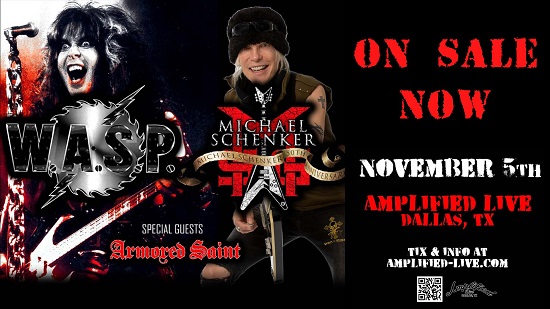 W.A.S.P. lead singer Blackie Lawless: “The Dallas Police Department advised us to leave the venue immediately because they said they could not guarantee our safety”. He went on to say, “Promoters didn’t think this band could sell tickets in the U.S. anymore, well it goes to show the absolute dedication of our fan base has here in the US.” No return date has been set for this show, but Blackie said, “we’ll certainly be back, you can bet on that”. All those in attendance will be issued a full and complete refund.

Previous: K.K. Downing Reunites with Judas Priest at Rock & Roll Hall of Fame – 2022
Next: Ozzy Osbourne Hanging Out with His Granddaughter, Maple – 2022