Annihilator (Official): Collectors and Fans: Jeff Waters, again, selling off recent touring guitars. Says Jeff “After every tour we do, I get hit with tons of messages asking if I would sell one of my touring guitars. I’ve been doing that for years so here we go again! The ESP’s were my Drop D guitars and the Jackson Vees were half-step down axes; also used in the PSYCHO WARD/ARMED TO THE TEETH videos”
Up for grabs and you can get Jeff to personalize them to you:

Please remember, before asking, these are JEFF WATERS’ actual touring guitars; not the same idea as if you bought them in a music store so the price reflects this! 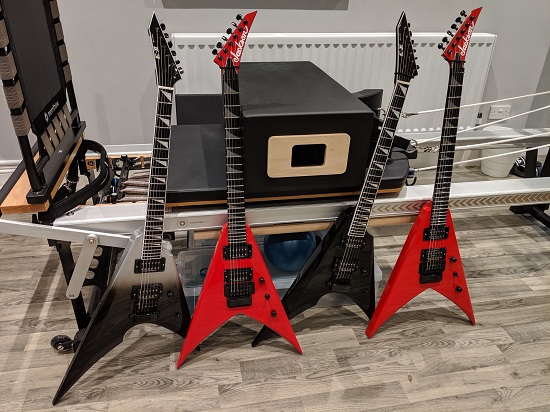 Previous: Adam Sandler on Lights Out with David Spade 2019
Next: Ozzy Osbourne “Under the Graveyard” Official Video 2019