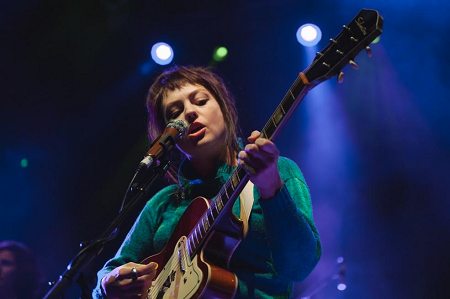 On November 28th, Angel Olsen will begin her trek across North America in Charlottesville, VA at the Jefferson Theater. The 17-date tour will run through December 16th where the singer will perform in Asheville, NC at the Orange Peel. A list of dates can be found below.

Olsen released her latest album, Phases, on November 10th, 2017 via Jagjaguwar. The album is a collection of work culled from the past several years, including the new song “Special” recorded during the My Woman sessions, as well as “Fly On Your Wall.”  The collection also features never before heard demos, as well as B-sides, rarities, and covers from various elusive releases throughout the years.