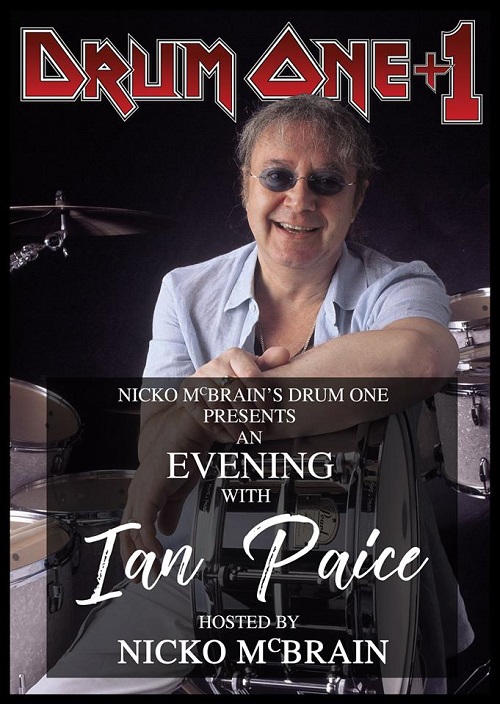 Ian Paice is a founding member of rock legends Deep Purple, he is regarded as one of the most influential rock drummers of all time. With album sales topping 100 million he is the only member of the band to perform on every album and at every Deep Purple show since the band was formed in 1968. During the bands hiatus between 1976 and 1984 Ian was drummer with Whitesnake and Gary Moore before rejoining the classic Mark 2 line up in 1984. Since 2006, Ian has also been involved in The Sunflower Jam, a London-based charity founded by his wife Jacky Paice and also involving actor Jeremy Irons. Ian is usually featured as a member of the Sunflower Jam house band. He has performed there with likes of Robert Plant, Brian May, John Paul Jones, Gary Moore and Bruce Dickinson.

On this very special evening Ian will be joined by his great friend Nicko McBrain of Iron Maiden who takes on the role of presenter and interviewer. As well as playing some solo drums and discussing his drumming, Nicko and Ian will also discuss an astonishing career that spans fifty years at the very top of the rock tree sharing some stories and memories of life within a truly legendary band that has influenced many other bands in the rock world.

One night, one stage and two music legends with approaching 250 million album sales between them.  This is a night that will entertain and enlighten drummers and non drummers alike.