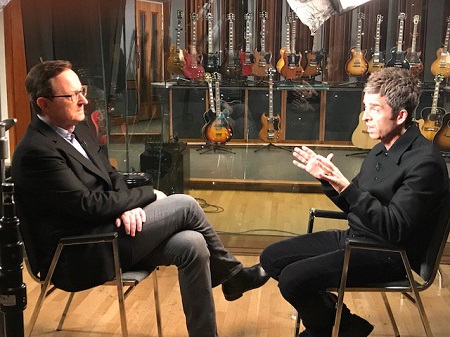 Tomorrow (11/26) on CBS Sunday Morning, correspondent Anthony Mason has a candid conversation with former Oasis member / singer-songwriter Noel Gallagher, who has a new album out with his band, High Flying Birds. Tune in to CBS at 9AM ET.

On brother Liam:
“The strength of the band (Oasis) was my songs & his thing, whatever that thing is. What do I see him as? A f*****g pain in the ass!”

On the meteoric rise of Oasis:
“It was insane,” Gallagher replied. “That trajectory from nothing to the biggest band in the world. It was brief, but we were there. It was kind of breathtaking, really.”