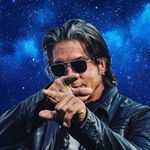 George Lynch: Legendary Tones is doing another run of handwired, point-to-point wired Lynch Mod high-gain tube modules for Marshall amps! This is an easy way to get your classic Marshall into hot-rodded territory in minutes with no permanent mods or holes required in your amp. Just plug in and go with an additional 100% pure tube gain stage. This time we are doing a vintage green hammertone textured finish for this run. More info + preorder @ this location.

PRE-ORDER THE NEXT RUN OF HANDWIRED UNITS SHIPPING IN FEBRUARY 2021! Created in collaboration with George Lynch, the Lynch Mod is a custom modified version of the Hot Mod V2. Read more below and welcome to the Lynch Mod!

George tried the original Hot Mod V2 (HMV2) in his Marshall and enjoyed it, so we decided to collaborate and do a custom-voiced version specifically for him. So instead of the HMV2’s two-position Hot Switch for two pre-set gain stages, we’ve added a gain knob that goes from unity gain all the way to scorching hot on the Lynch Mod. And just like the original HMV2, all the clarity and low-noise characteristics have been retained. We also added a Deep switch to help provide a bass boost when desired or when using a guitar that might otherwise be a little thin. With the Deep switch off, low end is tightened and it serves as a slight bass cut for clarity.

The Lynch Mod adds an adjustable 100% pure tube gain stage on top of the cathode follower V2 position, keeping note definition and articulation while further increasing sustain. As with all previous runs of Lynch Mod units, each is meticulously built and wired by hand, point-to-point, and tuned using high-grade materials. Equipped with a pair of JJ ECC83 (12AX7) tubes, the Lynch Mod adds a gain stage to your Marshall that’s been tuned and approved by the ears of the maestro George Lynch himself.

This third run follows up after our limited-edition copper metallic finish of 50 pieces signed personally by George Lynch and the 2nd run of red/black hardware models which sold out in December (unsigned going forward after that first limited 50-piece run).