Alex Skolnick:  Matt “Guitar” Murphy (1929 – 2018). During my pre-teen years, the soundtrack for “The Blues Brothers” was in as heavy rotation as Van Halen, Ozzy, Dio etc. Much like another film of the same time period – although less remembered (“American Hot Wax”) had been the gateway to Chuck Berry and Jerry Lee Lewis – “The Blues Brothers” introduced this eleven year old to such essential artists as Aretha Franklin, James Brown, John Lee Hooker, Cab Calloway and more. Sure, as a player, I went with what felt current and captured the teen-angst I’d felt. But I never lost my appreciation for great blues/soul/R&B/Jazz and believe the seeds for a later expansion into more diverse guitar territory may have had its roots in this film & soundtrack, of which the jazz flavored bluesman (who’d also worked with the great Howlin’ Wolf) was a big part. At least, at nearly 90, he had a great run especially by musicians’ standards. RIP, Sir #ripmattguitarmurphy” 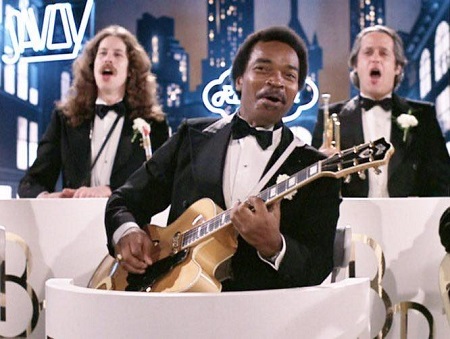