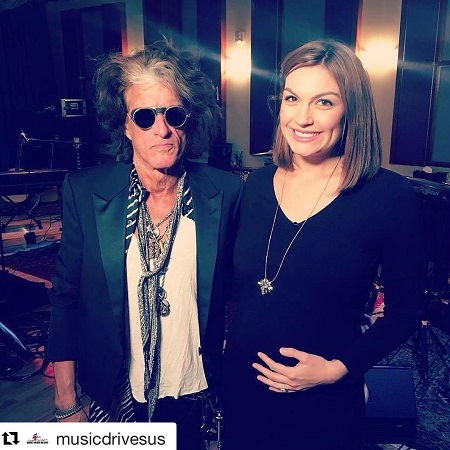 Aerosmith guitarist Joe Perry recently sat down with NBC Boston for an exclusive interview about his plans for the upcoming year.  Perry discussed his upcoming  solo record, the importance of music education and Aerosmith’s 2018 plans, which includes a Las Vegas residency.

Joe Perry: “We’re gearing up for a stay in Vegas.”

UPDATED (8/10/18): The post above was published in December 2017. Since that time, Aerosmith rescheduled their residency to coincide with the band’s 50th anniversary. The latest word on the street says the group’s Las Vegas stay is now kicking off in spring 2019.

UPDATED (8/15/18): Today, Aerosmith officially announced their Las Vegas concert residency at the Park Theater at the new Park MGM resort, set to kick off in April 2019. The show is called Aerosmith: Deuces Are Wild, named after the band’s 1993 song.

.@aerosmith announces they’re going to have a residency in Las Vegas! #AerosmithTODAY pic.twitter.com/R9tyI27bFW

Brad and Buck off to Vegas! Who’s joining us for the ‘Deuces are Wild’ Vegas residency starting April 6th?@parkmgm @parktheaterlv #Aerosmith #WelcomeToTheShow pic.twitter.com/AcWoJIROsE