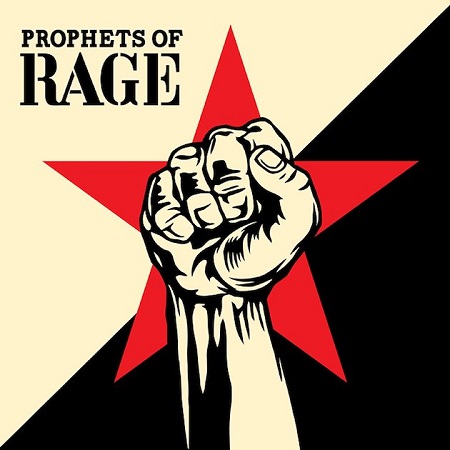 The new official video for the Prophets of Rage song, “Hail to the Chief,” has been deemed “age-restricted” by YouTube.  The politically-charged video takes direct aim at Donald Trump and Mike Pence. “Pay Attention is what the Prophets Of Rage latest video is saying,” said frontman Chuck D in a social media statement. “Don’t let a new Fascism appear wanted normal or sane. While TRUMPOTUS appears to be a parody and whipping of mass distraction. The Donald will either be impeached or bow out from his own trumped up reasons. VP Pence is not a clown. He’s dead serious, the heir apparent who knows US governing and the law. The one to watch with the world in his hands. … Pay Attention to the inevitable Hailing To The Chief. The SusPEnce of The Thief Of Peace .. and he didn’t even …..Run”

Regarding YouTube’s age-restriction, the band said the following:
“We consider censorship in any form to be an egregious violation of our right to free speech. We were shocked to see that YouTube has placed an age restriction on viewing our “Hail To The Chief” video, something no other media outlet has done. Furthermore, one can watch Saddam Hussein’s execution with no age restriction, can watch a car kill innocent bystanders in Charlottesville, but one cannot watch a politically minded video?? We question this decision by YouTube and demand free and unrestricted access to the video immediately.”

Prophets of Rage released their self-titled debut album on September 15, 2017. The album was recorded with legendary producer Brendan O’Brien (Stone Temple Pilots, Rage Against the Machine, Red Hot Chili Peppers, Audioslave, Soundgarden, Bob Dylan, Neil Young). The brand new official video for the track “Hail to the Chief” has been embedded below.