Faith No More on Chuck Mosley, “His enthusiasm, his sense of humor, his style and his bravado will be missed” 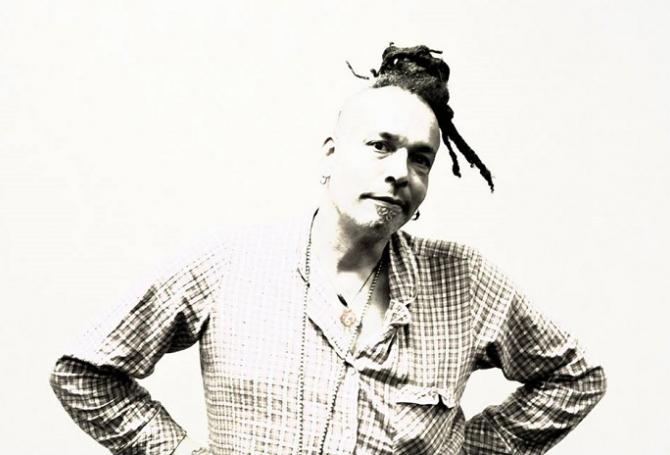 Former Faith No More vocalist Chuck Mosley has passed away “due to the disease of addiction.” A statement from Faith No More and EMP LABEL GROUP, Chuck’s record label, have been posted below. Mosley was 57 years old.

Statement from Faith No More:
“It’s with a heavy, heavy heart we acknowledge the passing of our friend and bandmate, Chuck Mosley. He was a reckless and caterwauling force of energy who delivered with conviction and helped set us on a track of uniqueness and originality that would not have developed the way it had had he not been a part. How fortunate we are to have been able to perform with him last year in a reunion style when we re-released our very first record. His enthusiasm, his sense of humor, his style and his bravado will be missed by so many. We were a family, an odd and dysfunctional family, and we’ll be forever grateful for the time we shared with Chuck.”

Statement from EMP LABEL GROUP:
“After a long period of sobriety, Charles Henry Mosley III lost his life, on November 9th, 2017, due to the disease of addiction. We’re sharing the manner in which he passed, in the hopes that it might serve as a warning or wake up call or beacon to anyone else struggling to fight for sobriety. He is survived by long-term partner Pip Logan, two daughters, Erica and Sophie and his grandson Wolfgang Logan Mosley. The family will be accepting donations for funeral expenses. Details to follow when arranged.”

“When I met Chuck, he had been away from music for a long time, and it was an honor to be able, with his greatest supporter Doug Esper, to help make him active again, out touring for the fans, and release his last few releases. We had been working on re-releasing some of his classic catalog with Cement, and helping him stay in the studio to continue being productive moving forward on new music.

“Being involved with him, the Faith No More reunion shows, everything we have done the last 2 years, has been one of the most incredible, and rewarding experiences of my career. In Chuck I found a true friend, and a beautiful, timeless, musical soul. I was just with him a few weeks ago, we had some great conversations about the future, the new music he was working on with Matt Wallace. He was in amazing spirits and truly excited about music again. Thankfully, that is the last memory I will have of him. He fought a long hard battle with sobriety, which he seemed to be winning, which makes it all the more devastating.

“Chuck was truly one of the greats, as the original vocalist of Faith No More, he had a voice that launched not only one of the greatest bands of all time, but helped define an entire generation of music. Thom, David, and all at EMP today mourn the loss of a one of a kind voice that will never be duplicated, Mr. Chuck Mosley. We were so beyond honored to have him as part of our family. Our deepest condolences to his amazing family, friends, and anyone else whose lives were touched by Chuck and his music. Thankfully, we were able to have a small hand in making sure there was more of it for the World to enjoy.

Chuck Mosley fronted Faith No More from 1984 to 1988 before being replaced by current vocalist Mike Patton. Mosley recorded two albums with the group, We Care a Lot and Introduce Yourself.

Faith No More UK May 1988 dates, the last tour with Chuck Mosley.

RIP Chuck Mosley.. here’s our cover of one of our fav Mosley tunes @korn_official: "We’d like to share our cover of “We Care A Lot” by Faith No More, in honor and memory of Chuck Mosley. Rest In Peace… ?" #chuckmosley #rip #faithnomore #wecarealot #badbrains #ripchuckmosley

Absolutely gutted about Chuck Mosley. He seemed in such a good place last year when I interviewed him was great to be able to chat to him #RIPChuck pic.twitter.com/CbewxkkFIZ

Very sad to hear about he passing of Chuck Mosley. He was an incredibly nice person the few times I met him, and the first 2 Faith No More albums are among my all-time favs/most listened to rock albums. RIP. pic.twitter.com/eCWaBZKGSV

RIP Chuck Mosley. Always loved this song and “Chinese Arithmetic” from the “Introduce Yourself” album. https://t.co/6SZDSx7xWr