WTF? Will Smith Bitchslaps Chris Rock – Who Knew The Oscars Were Worth Watching? – 2022 – VIDEO 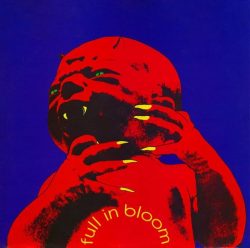 full in bloom: So, Chris Rock made a joke about Jada Pinkett Smith’s shaved head during the Oscars on Sunday night, saying, “Jada, I love you. GI Jane 2, can’t wait to see it, all right?” Although her husband Will Smith initially laughed at the joke, he soon stormed the stage and bitchslapped Rock, went back to his seat and yelled, “keep my wife’s name out of your fucking mouth.” Watch the video below.

The crazies are out with conspiracies about the Will Smith and Chris Rock #Oscars slap… pic.twitter.com/rYCOorFWhm

Ok…
Will Smith did in fact smack Chris Rock…. pic.twitter.com/SsKmWmIE2Q

I got a three year suspended sentence for slapping someone. Will Smith gets an Oscar and a pat on the back.

Will Smith attacked Chris Rock and then helped us all heal by explaining how tough God’s plan for him is.

Sooo…dude was makin fun of dudes wife about some shit she’s sensitive about & in response, dude checked his ass with an open hand slap & told him to shut the f*ck up.
Then everyone walked away & went home.

This is what everyone is appalled about today?

Ya know what else happens when you slap someone . A Dj once talked smack about a woman I dated. I went to the station and slapped him. I went to jail, lost my job went bankrupt, went broke had to get a job selling cars to pay bills because nobody would hire me….