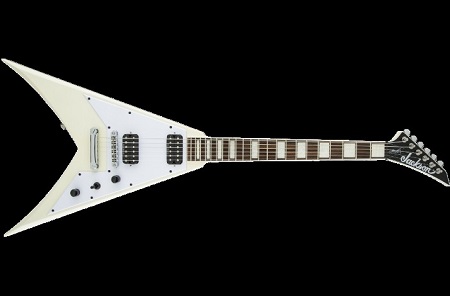 Grab a “Fistful of Metal” and shred on this incredible signature model Jackson guitar signed by Scott Ian of Anthrax. IfOnly has partnered with the legendary guitarist to bring you this incredibly rare guitar, a one-of-a-kind ivory Jackson KVXT guitar, which Scott can personalize with a message of your choice. The guitar features everything the classic brand is famous for, including a fantastic tone, ultra-fast playability, and an iconic look. Scott has donated this piece of heavy metal memorabilia to benefit the Multiple Myeloma Research Foundation (MMRF), an organization which fellow rocker Nick Hexum has been a dedicated supporter of since his mother was diagnosed with the incurable blood cancer.  More info / bid at this location. 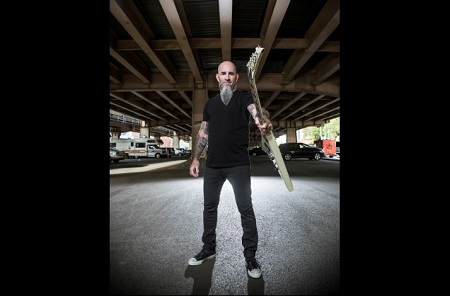 Scott Ian is a guitarist, singer, and founding member of legendary thrash metal band Anthrax. Considered one of the “Big Four” thrash metal groups of the ‘80s, Anthrax helped establish the genre’s lightning-fast guitar playing and aggressive, head-banging melodies. Since forming in 1981, Anthrax has released 11 studio albums and sold over 10 million records worldwide. Scott remains the only original member still with the band. In addition to shredding on stage, Scott regularly appears on television in shows like VH1’s “I Love The…” specials, the animated show “Metalocalypse,” and “The Walking Dead.” In 2004 Guitar World placed Scott at #34 on its list of Greatest Metal Guitarists of All Time.

ART = CURE
Nick Hexum, lead singer and guitarist of 311, launched the ART = CURE campaign after his mother was diagnosed with multiple myeloma, an incurable blood cancer. Nick is a dedicated supporter of the Multiple Myeloma Research Foundation (MMRF), the leading cancer research organization whose precision medicine model is accelerating unprecedented advances for cancer patients. The MMRF’s highly innovative, collaborative approach has resulted in life-saving breakthroughs, including advances that have helped triple the life expectancy of patients. Nick and his family know that one of the most powerful ways they can help their mother and other cancer patients is by supporting the MMRF and its research to find a cure. 100% of the proceeds from ART=CURE go directly to the life saving work being done by the MMRF.