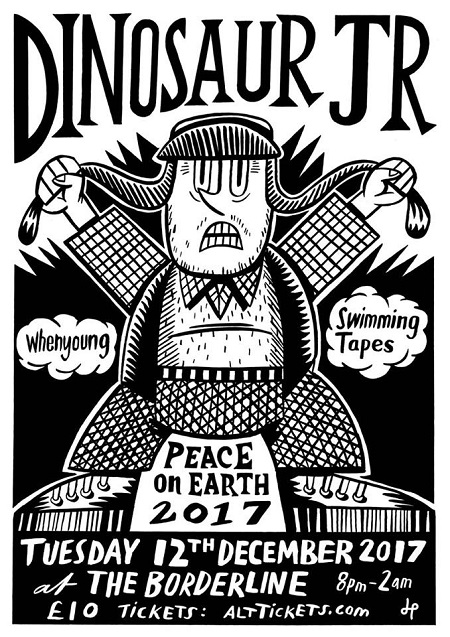 Dinosaur Jr. cancelled tonight’s ‘Peace on Earth’ performance at Borderline due to “unforeseen circumstances.” In a brief statement, the band said they “hope to return to the UK to make this up sometime soon. The Roundhouse show on Wednesday (Dec. 13th) is still on as scheduled. Refunds available from point of purchase.”

The concert was set to take place the day before the band’s sold out show at London’s historic Roundhouse venue.  According to the band, that show “is still on as scheduled.”