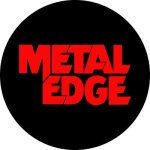 Metal Edge: Exclusive: W.A.S.P.’s Blackie Lawless on death threats, getting shot at (twice) and the worst mishap he’s ever had with the sawblades. 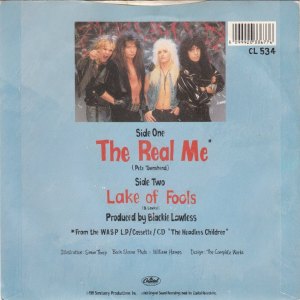 W.A.S.P.’s cover of The Who song “The Real Me” off The Headless Children album was so great. Not everybody can sing Roger Daltrey, but you nailed it. Did you ever hear from The Who guys about what they thought about that cover? Because for many teenagers in 1989, the W.A.S.P. version was their introduction to that song. 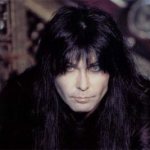 In ’89 after the record came out, the Who came back to America and were doing Tommy and it was the first time they’ve done it in many, many years. They were playing in New York, and I was going to be in New York at the time, and so we did a thing where I presented [The Who guitarist and songwriter Pete] Townshend with a gold record, after the show. And we talked for, I don’t know, 20, 30 minutes.

We talked mostly about songwriting. But he paid me what I think is a pretty high compliment. He says, “A lot of people have covered my songs, but no one has ever done to one of my songs what you’ve done.” And he had this look in his eye when he was saying it, and then he followed it up. He said, “Must have taken a lot of courage to do that.”

Now, I knew exactly what he meant when he said that. That band, when you listen to Live At Leeds, was a freight train out of control, musician-wise. I mean, these guys were unreal. So for another band to come along and think that they could do that justice, you’ve either got to be able to do it or you’re totally insane and you’re gonna embarrass the hell out of yourself.

So, I told him, “Well, we weren’t trying to emulate exactly what you did on the record.” We chose that song for two reasons. Number one, we had another song from Quadrophenia we were thinking about doing, “The Punk And The Godfather.” But “The Real Me,” we felt the song was a hit that never was a hit.

And so I went into rehearsal the first day, and everybody was already there. It was in a big room. And when I walked in, the lights were only on the stage where they were at, so when I walked in nobody could see me. And the crew was all in there.

They started rehearsing the song without vocals, and I just remember standing there at the door listening to what was happening. And the ferociousness of it, what was coming off of that stage, I mean, it was there. I don’t know how long they had been working it up, because I was about an hour late getting there, because I was doing an interview or something. But when I walked in, they had it pretty much as you hear today, and I listened to it. And it literally was blowing my hair back. And we never attempted “The Punk And The Godfather.” There was no reason to even do it.

I always thought there’s two reasons to do a remake of a song. One, you think you can do it better. Or you can do it different. So what I told Pete was, “We weren’t trying to emulate what they did exactly. We took the spirit of what we thought was Tommy, Live at Leeds, Who’s Next, Quadrophenia,” that period, which is really the peak of The Who, “and we went for the spirit of what that was.”

You know, I remember when we were in the studio recording it, Frankie [Banali, drummer] was frustrated with his performances. And for a song like that the drums have got to be right. So he got mad, and he says, “I’ll be back in a few minutes.” And he took off and I didn’t know where he went and so I went back into the control room. He came back about 45 minutes later, he goes, “I’m ready.”

And so we went in, and we played and there it was. That was the take. And he told me later, I said, “Where did you go?” He goes, “Well, I went down the liquor store and I got myself a half pint of Jack Daniels, and I drank it, and I came back.” That’s the take that you hear on the record to this day. 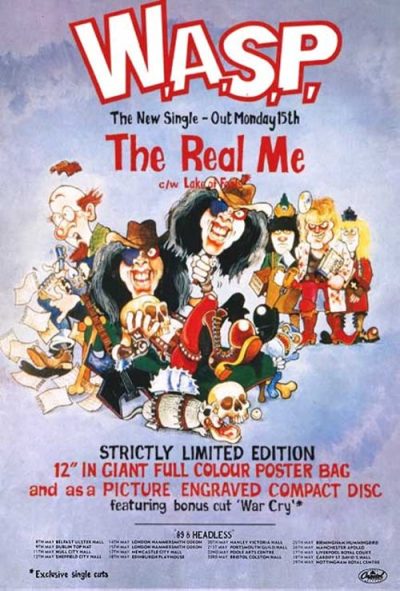 Previous: George Lynch on Electric Freedom Transitioning Back to Lynch Mob: “I’ve just got to live with the fact that it has some negative connotations” – 2022 – full in bloom INTERVIEW
Next: Motley Crue’s Nikki Sixx: “I’ve had to take a stalker to court twice” – 2022