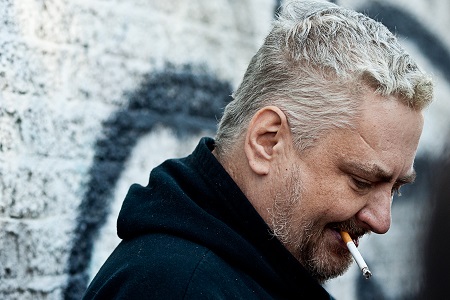 Daniel Johnston will soon launch his final tour – a list of dates can be found below. Johnston will be hitting the road backed by a rotating assortment of bands / musicians who have been influenced by his work. Jeff Tweedy & Friends are set to join Johnston in Chicago, Built to Spill in Portland and Vancouver, Mike Watt, Ben Lee, Maria Taylor, and members of Silversun Pickups will comprise his backing band in Los Angeles, the Preservation All-Stars in New Orleans, and the Districts and Modern Baseball in Philadelphia. Each show will begin with a screening of the 2005 documentary The Devil and Daniel Johnston, followed by a concert. Johnston is also scheduled to perform on KCRW’s Morning Becomes Eclectic on November 1st, rounded out by Watt, Lee, Taylor, Guy Blakeslee, and Joey Waronker.