Vivian Campbell on the “Rainbow in the Dark” Guitar Solo, “The solo on the record is the first take” – 2022 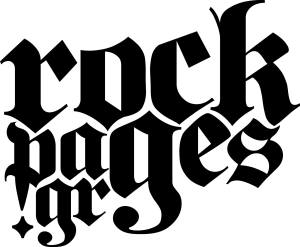 Rockpages.gr recently interviewed Dio/Whitesnake/Def Leppard guitarist Vivian Campbell. An excerpt from the interview can be found below. You can read the entire interview @ this location or watch the video clip below. 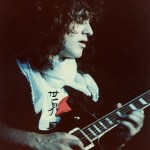 I think it’s my best playing by far. I think it’s our best singing, too. I just I think, musically, we’ve all sort of gotten really good, which you would hope if you keep doing something long enough, you finesse it and you get better. But I think in terms of recording my guitar solos and parts on this record. As I said earlier, it was very relaxed because nobody was looking over my shoulder. I was very comfortable with it. Historically, I’ve never been that comfortable playing in the studio in front of people.

I mean, even long before Def Leppard when I first recorded with DIO, Ronnie (James Dio) was in the studio, and I felt that presence with me and it intimidated me a lot. On the “Holy Diver” album and then on the “Last In Line” album, I said to Ronnie and our engineer, Angelo (Arcuri), I said, “Can you please go play pinball and let me record”? I mean, honestly, I did that. So they would set me up with a track -and this was before digital- it was the two-inch tape machine, and so they’d set it up and I’d hit play and record, and I’d play a bit. And then if I liked it, if I got something I liked, I’d call them, “Hey, come back in the studio”. They’d come in and go, “Okay, yeah, We can work with that”. But that’s because I didn’t prepare for my guitar solos. I just thought: “The song’s in E or A. I’m going to just practice and warm up and just be inspired in the moment.” And it all goes back to the very first solo that I recorded for DIO.

On the “Holy Diver” album, “Rainbow in the Dark” was the first guitar solo. So, we had cut all the tracks. And Ronnie said to me the night before: “Tomorrow we’re going to start recording guitar solos. Which one do you want to start with?” And I thought… errrr “Rainbow In The Dark”. So, all day, before recording that solo, I was playing in A minor, A minor… because that’s the key of the song, just playing all day. But not thinking to structure a solo, I don’t know why. It never occurred to me that it would actually work to give myself a roadmap, so I’m just playing, playing, playing. And then that evening we get a guitar sound and Ronnie goes, “Okay, let’s try one”. And the solo on the record is the first take. So I did the solo and Ronnie went: “Wow, that was brilliant. Do you want to try another”? And I said, “Oh, okay…” although I didn’t want to try. And I was thinking, “Well, what was wrong with that one?” So, it’s getting into my head now. I did another one and it was just totally different, and then Ronnie says: “We just want to keep the first one. Let’s move on to another song”.

I think the problem was that instilled in me this false sense that that was how I should record guitar solos. And then it never quite happened that way. Sometimes you get lucky and sometimes, more often than not, it would be, “Oh shit, I’ve got to work something out”. Now, in this day and age, my thought process is totally different. I listen to the song, I listen, I listen, I listen, I listen…and I think in my head and I imagine what the guitar is doing and knowing how I play and thinking of parts, “Okay, I hear a melody going there.” And so to have the luxury of time on this record, on “Diamond Star Halos”, to sit at home and just do that and then listen to it and think: “That’s good, but the performance is not quite good enough. I’m going to drive a car and come back tomorrow and do it again.” And so, for that reason, I would say this record definitely has my best playing.

Read the entire interview @ this location or listen to the interview via the video clip below.

The story behind Dio's iconic 'Holy Diver' artwork — as told by the man himself https://t.co/OgxS8rU0oF pic.twitter.com/pzeatYNkt1

Dio “Rainbow in the Dark”