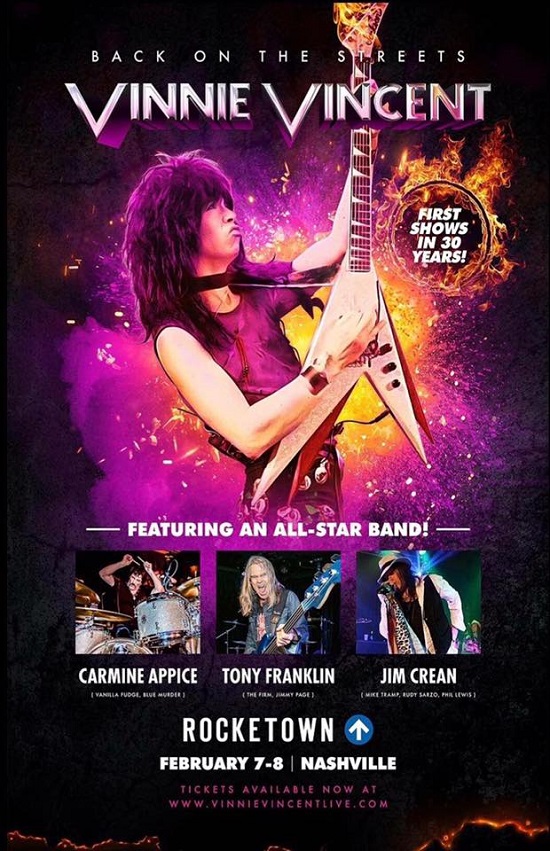 Derek Christopher, the promoter of the event, says that Vincent “has sent a notification letter that he will not be performing the concerts scheduled for February 8th and 9th, 2019 in Nashville, Tennessee.”

Christopher adds: “While we cannot discuss the terms of the contract due to a confidentiality clause within the contract, we are shocked at this development, and it is, unfortunately, beyond our control. The matter has been turned over to our attorney. As they say, it’s ‘now in the hands of the lawyers.’ In the meantime, every ticket and meet-and-greet order will be automatically refunded in full.
“We want to thank everyone who worked so diligently and tried so hard to make these shows happen. A lot of really good people were involved and tried to make these shows a reality for the fans.”