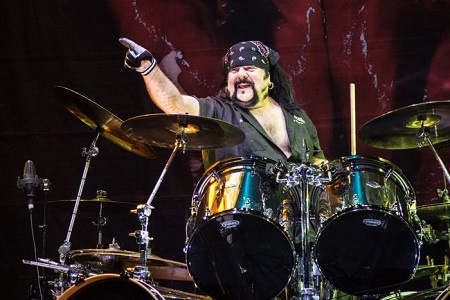 According to TMZ, Pantera drummer Vinnie Paul left his best friend a sizable portion of his estate.

TMZ obtained a copy of Vinnie’s will which outlines exactly how his estate should be divided following his sudden death in June — and it’s Vinnie’s best friend, Charles Jones, who’s walking away with 38%.

As previously reported, Vinnie Paul was found dead in his Las Vegas home on June 22nd.  He was 54 years old.