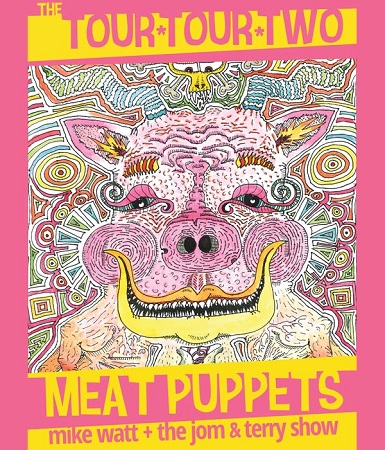 tuesday, may 2 at the bluebird theater in denver, co

wednesday, may 3 at the waiting room in omaha, ne

thursday, may 4 at cabooze in minneapolis, mn *

friday, may 5 at shank hall in milwaukee, wi *

saturday, may 6 at founders brewery in grand rapids, mi

sunday, may 7 at el club in detroit, mi

monday, may 8 at mohawk place in buffalo, ny **

tuesday, may 9 at the haunt in ithaca, ny

wednesday, may 10 at the brooklyn bowl in brooklyn, ny ***

thursday, may 11 at the port city music hall in portland, me ***

saturday, may 13 at the outer space in hamden, ct

sunday, may 14 at the u street music hall in washington dc

monday, may 15 at strange matter in richmond, va **

tuesday, may 16 at underground arts in philadelphia, pa

wednesday, may 17 at mr. small’s theatre in pittsburgh, pa

thursday, may 18 at the beachland ballroom in cleveland, oh

friday, may 19 at lincoln hall in chicago, il *

saturday, may 20 at the old rock house in saint louis, mo

monday, may 22 at the record bar in kansas city, mo

tuesday, may 23 at 89th street collective in oklahoma city, ok

wednesday, may 24 at club dada in dallas, tx

thursday, may 25 at the white oak music hall in houston, tx

friday, may 26 at barracuda in austin, tx

“I am very happy to let you folks know that I will be sharing the stage with Mike’s Jom and Terry show and the Meat Puppets.  I have known Mike as long as I have toured our country and he continues to inspire me as an artist and human being. We have shared the best of times and the worst of days. There have been artists who I have been disappointed with over the years, artists who suddenly lost all credibility when they stop pleasing their own self and focus on expanding their audience.  Mike will never sell out and nobody works as hard as he does. He makes me proud to be a Punk Rocker. He and Meat Puppets will have a hard act to follow but the love we all share for each other is real.

The Tour, the tours, and the New Tour.  The Tour, now that was high art, five bands, one label, rolling up and down the west coast, like an embryonic Lollapalooza. Captured for you on the SST/Target video of the same name.  The idea bore out from the tours with the three bands at the top of the bill. The history of Husker, is very much intertwined with the Minutemen, and the Meat Puppets. The three bands formed the core of what SST became, moving beyond just being Black Flags label. Recording, and releasing records on the same schedule , the three bands were often touring at the same time. I’ve had the privilege to share stages with these guys more than I can recall. The Minutemen, and the Meat Puppets became our brothers, and any combination of the three bands on the same bill, always made for a fantastic show.

Through the years since, I have been lucky enough to play with Watt on many occasions (fIREHOSE / Grey Area), or sitting in with the Missing Men. More recently, opening for the Meat Puppets, several times with my group Con Queso, and again with Gang Font.

I am super stoked about the new tour! Meat Puppets, Watt / with the Jom & Terry show, and my new gig, Porcupine. Porcupine is Casey Virock (guitar/vocals), Ian Prince (drums), and yours truly on bass. I love playing with these guys. As fine of a three piece that I’ve ever had the privilege to play in. So come on out, and catch the New Tour, Minneapolis @ the Cabooze (5/4), Milwaukee @ Shank Hall (5/5), and Chicago @ Lincoln Hall (5/19). Also look for some east coast dates with Grant Hart in our slot.

Yeah we’ve been to the edge,
we’ve got a lot of friends down there,
but we’re not talking about Love!
It’s bigger then that.
HEY! HEY! HEY!

So, hope to see you all out there. We’re going to make a little history, again.