After a series of teasers, Queens of the Stone Age have finally confirmed their forthcoming release, Villains – a brief sample of the new track “Feet Don’t Fail Me” can be heard via the embedded clip above. The album will be released August 25, 2017 on Matador Records, pre-order at this location (pre-orders include an instant download of the new track “The Way You Used To Do”.  Villains was produced by Mark Ronson (Amy Winehouse, Adele, Bruno Mars), co-produced by Mark Rankin and mixed by Alan Moulder. It marks the first full-length album from the band since 2013’s ….Like Clockwork.

Regarding the album, Ronson commented, “Queens are and have always been my favorite rock n roll band ever since I walked into Tower on Sunset and bought Rated R in the summer of 2000, so it was incredibly surreal to be welcomed into their secret, pirate clan – or the ‘jacuzzi’ as Josh likes to call it. There were moments during the making of the album in which I was aware I was watching my musical heroes craft something that was sure to become one of my favorite moments on any Queens album. And to have some part in that felt like being in a dream–a very heavy, dark, wonderful dream.”

The video above was directed by Liam Lynch, who has worked with Queens of the Stone Age in the past and directed music videos for the Foo Fighters, Eagles of Death Metal and No Doubt.

“The title Villains isn’t a political statement. It has nothing to do with Trump or any of that shit. It’s simply 1) a word that looks fantastic and 2) a comment on the three versions of every scenario: yours, mine and what actually happened… Everyone needs someone or something to rail against – their villain – same as it ever was. You can’t control that. The only thing you can really control is when you let go.

“The most important aspect of making this record was redefining our sound, asking and answering the question ‘what do we sound like now?’ If you can’t make a great first record, you should just stop – but if you can make a great record but you keep making records and your sound doesn’t evolve, you become a parody of that original sound.” 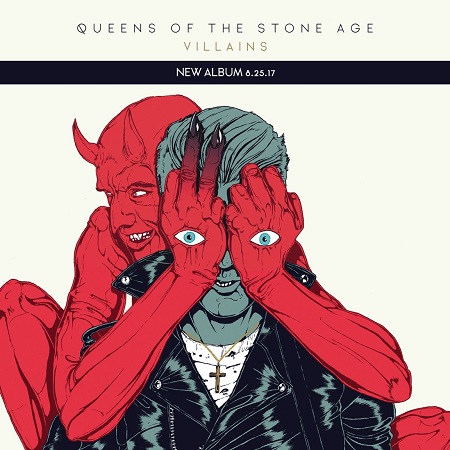 1. Feet Don’t Fail Me
2. The Way You Used To Do
3. Domesticated Animals
4. Fortress
5. Head Like A Haunted House
6. Un-Reborn Again
7. Hideaway
8. The Evil Has Landed
9. Villains Of Circumstance 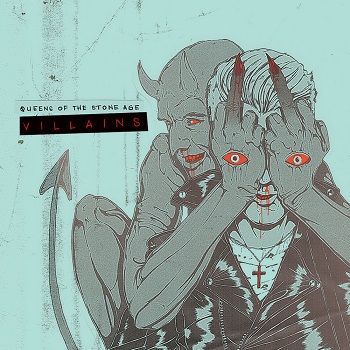 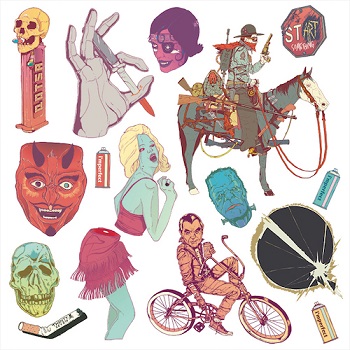 As we previously reported in April, Queens of the Stone Age had posted a photo taken of the group with staff members at Lurssen Mastering in Burbank, California. Later that day, Lurssen Mastering posted the same photo with the caption, ‘Something new brewing. Queens Of The Stone Age’.

Homme has previously stated that the band will continue to play “hide and seek” with regards to releasing the album. Keep checking back, we’ll post everything they reveal!