Confirmed: New Album from Queens of the Stone Age 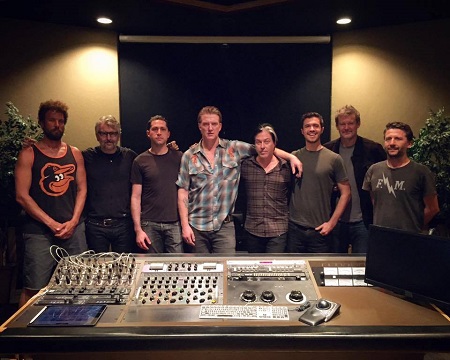 According to several more social media hints, Queens of the Stone Age are putting the final touches on their new studio album. Earlier this month, the band posted an image displaying a stylized “Q,” with the message “COMING TWENTYFIVE.” This had many people speculating that a follow-up to 2013’s Like Clockwork was well underway. Now we have actual confirmation they’ve been at Lurssen Mastering in Burbank, California finalizing the record. The studio posted the picture above with the caption, ‘Something new brewing. Queens Of The Stone Age’. Soon after that post appeared, Left Front Door Records posted the exact same image on Instagram with the words: “An album just got mixed.”

Last week Queens Of The Stone Age were confirmed as one of the headliners for Chicago’s Riot Fest on September 15-17.