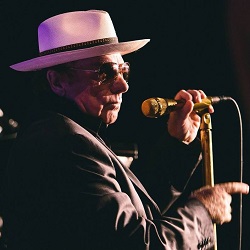 In this open and direct interview, Leo Green talks to Van Morrison about how the recording process for this album differed from others. They discuss featured musicians and collaborations, as well as the inspiration behind some of the tracks.

The interview sheds new light on the writing and recording of an album, and the forces behind it.

“What’s important is basically, it’s the songs, the lyrics,
and keeping it as simple as possible”

Previous: Paul Rodgers on Brian Johnson’s A Life On The Road – AXS TV – 2019
Next: Anthrax’s Charlie Benante: I can’t get enough of ‘Mike Judge Presents: Tales from the Tour Bus’