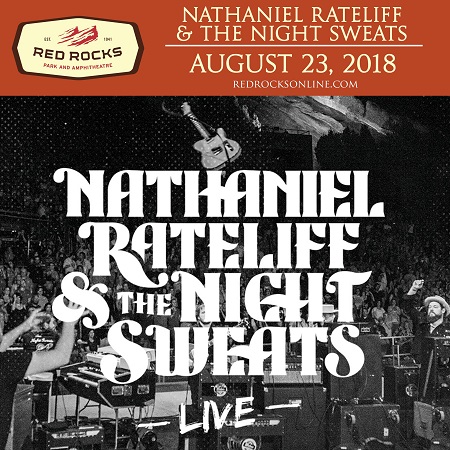 Nathaniel Rateliff & The Night Sweats have added a second show at Red Rocks with special guest Slim Cessna’s Auto Club.  The show will take place on August 23, 2018.  Tickets go on sale February 2nd at 10AM.

On March 9TH, 2018, Stax Records will release Tearing at the Seams, the highly anticipated new album from Nathaniel Rateliff & The Night Sweats. Tearing at the Seams follows the band’s critically and commercially lauded self-titled debut album, which is certified GOLD in the U.S., Belgium, Switzerland and the Netherlands, PLATINUM in Canada and SILVER in the U.K.