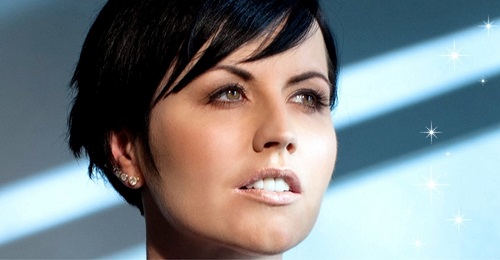 Dolores O’Riordan, singer of The Cranberries, unexpectedly passed away in London on 1/15/18.  She was 46. According to her publicist, the singer had been in London for a recording session when she died “suddenly.” At this time, no cause of death has been provided.

The Cranberries were formed in Limerick City, Ireland, in 1990. The band members are: vocalist Dolores O’Riordan, guitarist Noel Hogan, bassist Mike Hogan and drummer Fergal Lawler. Renowned for their trademark ‘Indie’ guitar sound and distinctive Celtic tinged lilting vocal style, The Cranberries rise to global fame in the early 1990s was nothing short of meteoric.

They have sold over 40 Million Albums Worldwide and are best known for their now classic songs ‘Linger’, ‘Zombie’ and ‘Dreams.’ Their debut album sold over 5 Million copies in the United States and was number 1 in several territories across the globe including the UK. It re-entered the UK album charts in 1994 at number 1, with The Cranberries being one of only four performers ever to achieve this major feat. In 2016, the band received a BMI award for three million radio plays in the USA for their hit song ‘Linger.’

The group was one of the most successful rock acts of the 1990s and sold over 15 million albums in the United States alone. The band has achieved four top 20 albums on the Billboard 200 chart – ‘Everybody Else Is Doing It, So Why Can’t We?’, ‘No Need to Argue’, ‘To the Faithful Departed’ and ‘Bury the Hatchet’. These were followed by further successes with ‘Wake Up and Smell The Coffee’ and ‘Roses’. Eight of the band’s singles are listed in the prestigious Modern Rock Charts. Their songs have been used to promote Irish tourism, as film soundtracks (Mission Impossible; You’ve Got Mail and Prêt-a-Porter) and in many television series (The Sopranos; Beverly Hills 90210; and Malibu Shores). In China and Japan their songs have been translated and performed by indigenous local artists.

After a six-year hiatus, The Cranberries reunited in late 2009 and began a North American tour, followed by dates in South America and Europe. In 2012, they performed in China, Japan, The Philippines, Australia and New Zealand as well as Continental Europe, the UK and the USA.

The global success of The Cranberries has seen the band perform in front of millions of fans worldwide. Their music has been honoured by MTV, the Juno Award and they were named as one of the Most Outstanding Irish Bands of All Time (alongside U2 and Van Morrison). They were also chosen to play at a Nobel Peace Prize Award Ceremony. Their 2016 sold-out dates in Europe and Peru demonstrate that they are still immensely popular across the world and have over 2.2 Million listens each month on Spotify and over 4 Million Facebook Followers.

The Cranberries returned to live performance work in 2016, playing sell-out shows in Europe and South America. In the Summer of 2017 the band will bring a very special Greatest Hits tour on the road. The Cranberries will perform specially orchestrated versions of their many hits with each show on the tour featuring a string quartet.

The Cranberries:
“We are devastated on the passing of our friend Dolores. She was an extraordinary talent and we feel very privileged to have been part of her life from 1989 when we started the Cranberries. The world has lost a true artist today. Noel, Mike and Fergal”

Foster the People:
“Shocked and heartbroken over Dolores O’Riordan’s death. The Cranberries were pinnacle in showing me that it was possible to fully embrace masculine and feminine energy in one cohesive sound. She was a true pioneer ”

Hozier:
“My first time hearing Dolores O’Riordan’s voice was unforgettable. It threw into question what a voice could sound like in that context of Rock. I’d never heard somebody use their instrument in that way. Shocked and saddened to hear of her passing, thoughts are with her family.”

Garbage:
“So saddened to hear about the sudden death of Dolores O’Riordan. Our sincerest condolences to @The_Cranberries and all of her loved ones.”

Scorpions:
“Another sad Day in the World of Music…RIP Dolores O‘Riordan…Gone way too early”

Bryan Adams:
“So sorry to hear that singer Dolores O’Riordan from the Cranberries passed. RIP”

Carla Morrison:
“R.I.P Dolores O’Riordan … you were such a great inspiration to grow up too… all the girl power we wanted in those times, you had naturally in yourself… “Dreams” will always make me cry… it makes me remember how great was to grow up in the 90’s… much love”

Zane Lowe:
“I’m sad to hear of the passing of Dolores O’Riordan RIP.”

James Vincent McMorrow:
“So sad to hear about Dolores O’Riordan, she’s one of few artists who is ingrained in my psyche even though i never actively listened to her work, such is the unending genius of songs like Linger and Zombie. thoughts are with her kids and her family. X”

Duran Duran:
“We are crushed to hear the news about the passing of Dolores O’Riordan. Our thoughts go out to her family at this terrible time.”

Tiffany:
“I just heard about the passing of Dolores O’Riordan. My heart goes out to her family, friends and band.”

Michael Des Barres:
“Take another little piece of my heart”

Ginger Wildheart:
“So sad to hear about Dolores O’Riordan. So young too.”

Lee Aaron:
“So incredibly sad and such a tragedy. #RIPDoloresORiordan”

Mark Schulman:
“RIP… Dolores O’Riordan so incredibly sad to hear the news her passing today! Such an amazing talent! Love and light to your family.”

Jasmine Cain:
“Sad to hear about the passing of Dolores O’Riordan. The world lost a beautiful light today. ”

“A totally amazing mind, so understanding and so kind.” Dolores O’Riordan of The Cranberries. September 6, 1971 – January 15, 2018. (photo: Getty Images) pic.twitter.com/wbB5YvXNjC

After this performance, Dolores O’Riordan and Pavarotti split a bottle of wine with Princess Diana, who came to tell Dolores her ‘Ave Maria’ had left her weeping, remembering her mother. https://t.co/bi786V5y5x