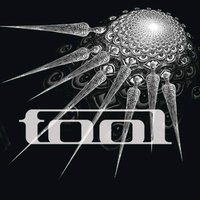 The recent @GuitarWorld cover story with Adam is now available to read onlinehttps://t.co/xGiOXJ2hFB

“Fear Inoculum” sounds gigantic. It’s got a very meditative, cinematic vibe and sounds like a single, cohesive piece of music. Where were you guys coming from when it came to writing this one, especially after so much time away?

Adam Jones:  “It’s so weird because it’s been so many years and I dread the interviews because I wish I had something new to say after so long, but it was very much the same approach we’ve always had. We’re just older, we have different things influencing us and other distractions in our life that slow us down, but it’s basically the same thing it’s always been.

“The three of us meet, we start throwing riffs around and tearing them apart, we revisit things we wrote a long time ago that may work with the new stuff. It’s really about finding your roots again and remembering why you started in the first place, finding the fire that burned in you when you started, and not letting success distract you. We still really try to be true to our art form.”

With so many years since Tool’s last release, how would you say you’ve evolved as a guitarist since 2006?

Adam:  “That’s a good question! I’ve definitely been practicing more than ever. Since the last record came out, when I meet a guitarist I like, I’ll ask them what they do to warm-up or what do they do to stay good.

“Most of them show me a technique or a stretch – or maybe a practice idea. It’s always really interesting for me to see what they do, and I really try to practice the things these people give me.

“The last time I saw Kirk Hammett, I asked and he sent me a video of this forwards/backwards run going up and down the neck of the guitar, and it really helped my playing a lot. Instead of doing something like just trying to learn the lead in Master of Puppets, I asked what he does to keep himself good, but I think it’s better to learn how someone practices and apply it to your own ideas. I highly recommend it.”

There’s a lot of really interesting texture and atmospheric playing on the new album that’s very anti-rock guitar at times. Could you expand on your approach to that side of things?

Adam:  “Danny [Carey, drums] and I both took band in school, and while Justin knows music theory, Danny and I really understand the way everyone’s parts work and what’s needed as a whole. You’re dedicated, but not necessarily attached to ideas.

“It’s a system and it’s a group effort, so you get used to asking, ‘What does it need?’ and not trying to play leads the whole time or worrying why your guitar isn’t loud enough. It’s about focusing on the four parts making a whole.

“It takes a lot of discipline to think about what the song needs at a given time and really dial it in, and there are times when my part on its own might sound stupid or childish, but it can be what the song needs to drive everything else, and I think all of us have that understanding.”

That swelling, synthy guitar on “Invincible” is really interesting. Do you recall what gear you used for the sound during that passage?

Adam:  “The first part of that song is a good example of what we did with riffs in seven. We experimented a lot with sounds and different guitars, and it’s pretty amazing how when I use my guitars live, it’s that sound, but when you’re pushing it through a tiny speaker, you really want to get the right tone. As that song builds, I think the guitars change maybe three times.

“It’s really tough to recall specifics because of how much stuff was used in the process. Joe Barresi [producer] has an amazing guitar collection – I brought a lot of guitars, and my friends like Buzz Osborne from the Melvins and others brought even more stuff. We tried tons of stuff!

“We worked hard to find the things that really worked because we wanted to make a quality record that lasts, that we’re happy with 20 years from now and can step back and say it still holds up. The process was great and really satisfying and I’m really happy we took the time to do it the way we did.”