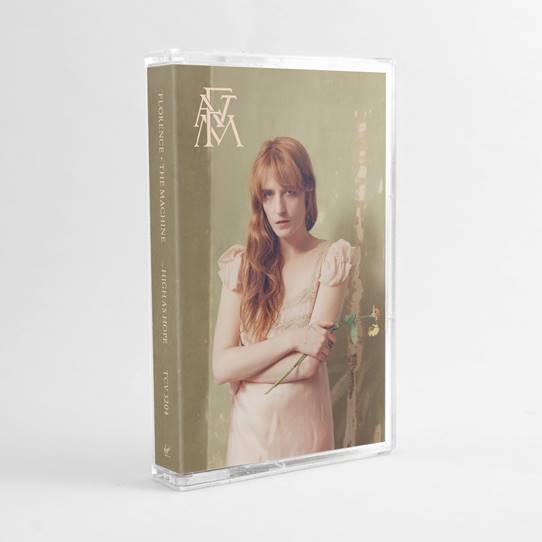 To celebrate the release of Florence + The Machine’s new studio effort, High As Hope, the group will release a limited edition cassette tape – purchase at this location.

Available worldwide tomorrow, June 29th via Republic Records/Virgin EMI Records, High As Hope will be the group’s first release since 2015’s How Big, How Blue, How Beautiful, which debuted at #1 in the United Kingdom on the Official Albums Chart, with first-week sales of 68,788 copies.  In the United States, the album also debuted at #1 on the Billboard 200 with 137,000 album-equivalent units sold, of which 128,000 were traditional album sales.