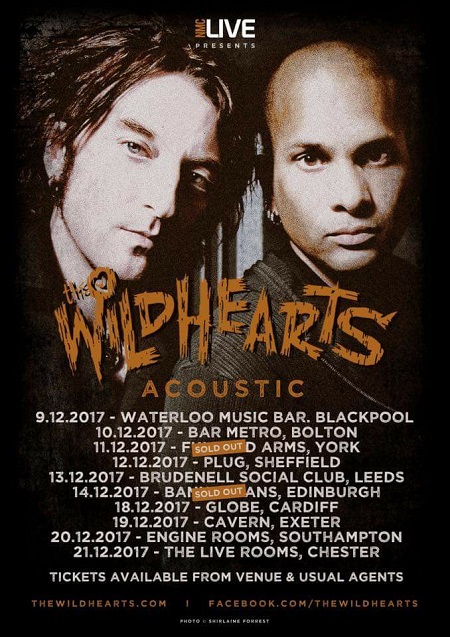 Ginger and CJ of The Wildhearts will be heading out on tour this December, for a short acoustic trek through the UK, where they will perform an intimate set of Wildhearts songs as you’ve never heard them before. A list of dates can be found below.

Hey, spread the word…me and @CJWildheart will be meetin' & greetin' at the merch table, every night of this acoustic tour (bar the Birthday Bash).

Get down early, we'll be there from doors opening until the support set begins.