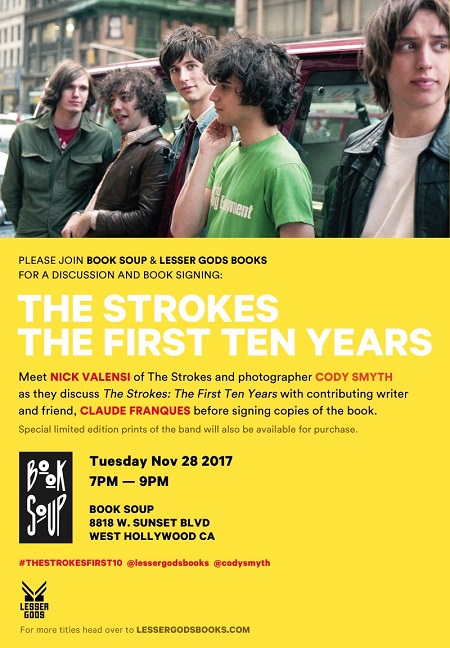 “Cody’s been with us since the very beginning —always a motivator, forever a friend. Along the way he captured some very special moments. I didn’t even know he’d brought along his camera.” —Nick Valensi

“This book is brimming with nostalgia. It feels like the scrapbook we never made.” —Fabrizio Moretti

The Strokes: The First Ten Years: The first authorized visual record of one of New York’s greatest bands.

An intimate and impressionistic narrative of The Strokes’ first ten years, including images of the guys when they were students at the Dwight School in Manhattan and would gather for lunches at a local diner. This is a peerless window into the group through the lens of a close friend who was there before it even began.

The book features hundreds of color and black and white images of the band in public and in private. A truly personal look at the rise of this singular band, which is still relevant and a top draw worldwide.

Previous: Cannibal Corpse: NYC Stage 48 Show Moved to Irving Plaza, New York
Next: Tom DeLonge, “The first ever DECLASSIFIED videos of UFOs are on their way”