The National on Jimmy Fallon – The Tonight Show 2018 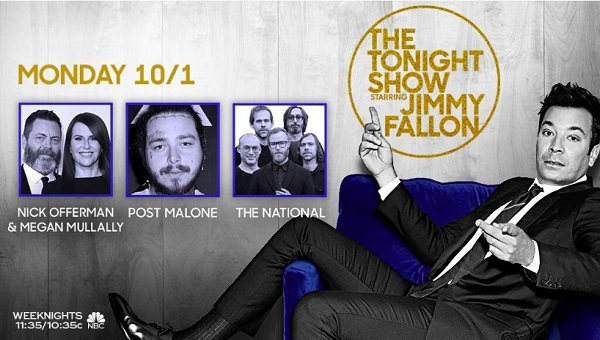 TONIGHT, The National will be the featured musical guest on The Tonight Show Starring Jimmy Fallon.  Tune in to NBC at 11:35/10:35c.

Check back, we’ll embed the performance below.

The group released their seventh studio album, Sleep Well Beast, on September 8, 2017 via 4AD.   It peaked at #2 in the United States on the Billboard 200 and #1 in the UK on the Official Album Charts. The album also took the #1 spot in Canada, Ireland, Croatia and Scotland.