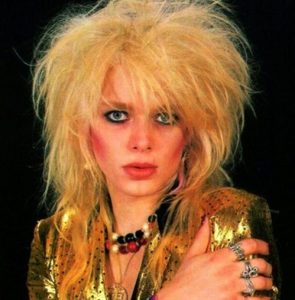 Michael Monroe recently spoke to Yahoo Entertainment/SiriusXM Volume. You can read the entire feature @ this location. 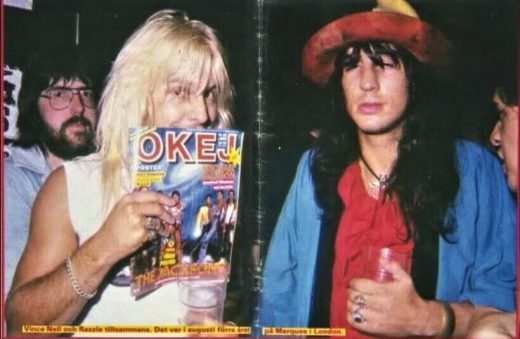 In late 1984, Hanoi Rocks drummer Razzle, whose real name was Nicholas Dingley, died in a car accident in which Motley Crue frontman Vince Neil had been operating the vehicle under the influence of alcohol. Neil spent 15 days in jail before being released on parole for good conduct.

On the breakup of Hanoi Rocks following the death of Razzle:

“We weren’t strong enough to keep it together. Maybe if we would’ve taken a break for half a year or a year, if we would’ve been in that position, it might have been able to salvage the situation. I mean, the situation was such that we were very likely to become one of the biggest bands in the world and all that. And Bob Ezrin also was looking forward to producing the next album; he felt the same about us as he did about Alice Cooper.

“We were looking at it as a long haul. But I didn’t want people to get to know Hanoi in the wrong way because it wasn’t what it was originally. It wouldn’t have been the same. So, what can you do? It was bad luck, but I don’t look back at it like that. I’m just sorry I lost my best friend Razzle. We had a special chemistry.”

Mötley Crüe wasn’t the only Hanoi-inspired ‘80s rock band that went on to enjoy the sort of success that eluded Hanoi Rocks themselves. The band’s influence was so strong that seemingly every band was citing them in “musicians wanted” Recycler ads. The L.A. Weekly even ran an article in 2017 arguing that “One Band from Finland-Inspired the Entire Sunset Strip Hair Metal Scene,” and in the Hanoi Rocks autobiography All Those Wasted Years, Foo Fighters guitarist Chris Shiflett stated, “The Hollywood scene changed in just one night after people saw the pictures of Hanoi Rocks.

“It was a big surprise to hear that we were so influential on those bands on the West Coast. We never planned anything. We just wanted to put together the coolest band ever, and we were influenced by everything from funk to reggae to blues. We played anything from punk to calypso. We took influences from everything and just made our own thing. And many of [the Sunset Strip bands] kind of missed the point of what we were doing. They didn’t have that punky kind of attitude.

“I mean, we started out on the streets, and we had a street-gang, us-against-the-world mentality. And it wasn’t about partying and chicks and drugs. … The music was the most important thing. It seemed like a lot of the hair metal bands started playing rock ‘n’ roll for chicks, posing in big hairdos, rather than for the music. I’m a ‘freak’ even in the rock ‘n’ roll world, I guess, because I was never interested in the groupie scene. I could never imagine being with a groupie in my life — or with any stranger, for that matter.”