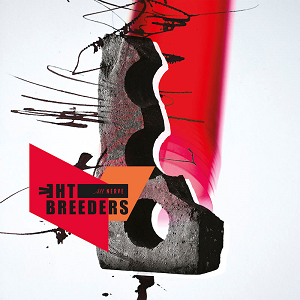 All Nerve, the new album by The Breeders, will be released on March 2, 2018 via 4AD. You can listen to the title track and pre-order the album at this location.

The upcoming effort is available on standard black vinyl, indie-exclusive orange vinyl (w/ alternative cover), CD and digital services. Bundle options are available from the band and 4AD, including the final ‘Wait In The Car’ 7” and t-shirts at the band’s official website.

The Breeders have not released a studio album since 2008’s Mountain Battles.  The album, recorded in a number of different locales by engineers including Steve Albini, Erika Larson, Manny Nieto and Ben Mumphrey, peaked at #98 in the United States on the Billboard 200 and #12 on the US Independent Albums chart.