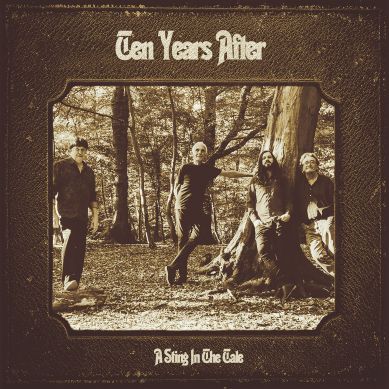 An exclusive premiere of the brand new video for the first single, “Suranne Suranne,” from Ten Years After, has been embedded below. The track is taken from the band’s forthcoming studio album, A Sting In The Tale, out tomorrow (October 20, 2017).

In 1967 four young musicians from Nottinghamshire, England formed Ten Years After. Alvin Lee, Chick Churchill, Ric Lee & Leo Lyons became one of the most explosive quartets on the world stage and cemented themselves as one of the biggest bands in Rock n Roll history.

This new lineup has been touring extensively since 2013 with over 150 shows under their belt and has received rave reviews from all corners of the world as they continue to produce the high energy of a vintage Ten Years After show 50 years down the line.

To tie in with the bands 50th anniversary in 2017, Ten Years After have recorded a new studio album, A Sting In The Tale, and are touring throughout the year to promote the release.