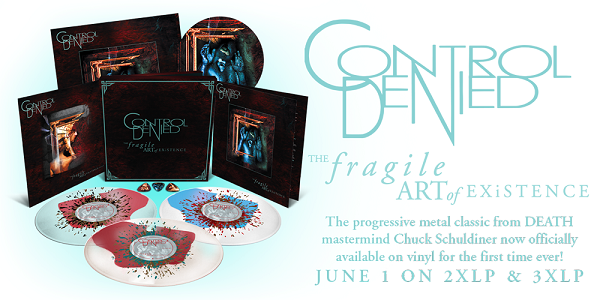 Released worldwide on Nuclear Blast America in 1999, The Fragile Art of Existence is the only studio album by Control Denied.  The band was formed by death metal musician and Death founder Chuck Schuldiner in order to channel his progressive heavy metal side.  Unfortunately, it was to be Schuldiner’s final studio album before he died as a result of cancer on December 13, 2001. The Fragile Art of Existence LP will be available on June 1st.