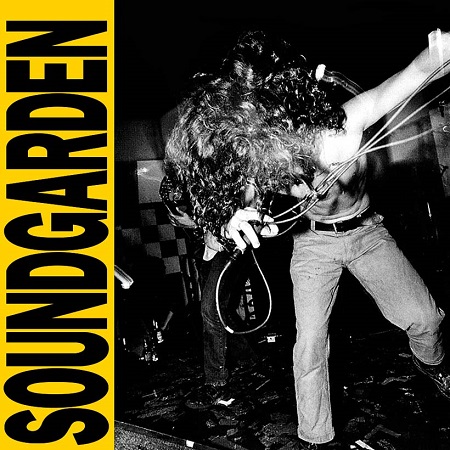 Soundgarden:  Charles Peterson talks about photographing the ‘Louder Than Love’ album cover at this location.

Originally, we didn’t want to have just another beautiful, shirtless photo of Chris, like some of the ones you see in Screaming Life,” Peterson says, reflecting on the Louder Than Love cover. “But, to be honest, the most exciting Soundgarden live photos were usually ones of Chris, so we compromised a little.

“The one that got used was a little abstract, but at the same time it’s rock’n’roll to the max. You get what it’s saying quickly, and it’s very powerful. I also liked the sleeve design, with the bold typeface and the yellow bars… that also looked very Sub Pop, so it was in keeping with where they’d come from. As a composition it just felt right.”

“I knew [lead guitarist] Kim Thayil pre-Soundgarden and I’d also met Chris at a couple of parties,” he recalls. “Chris was a very funny guy and he was always clowning around at photo shoots, but at the same time, he was actually very shy and introverted, rather like I was, so I guess we were like two magnets in that sense.

“I was lucky enough to go along, camera in tow, to either their second or third show in 1985,” he continues. “They were freaking amazing, right from the get-go. They were mind-blowing live, even when there were only 50 people in the audience.” – READ MORE