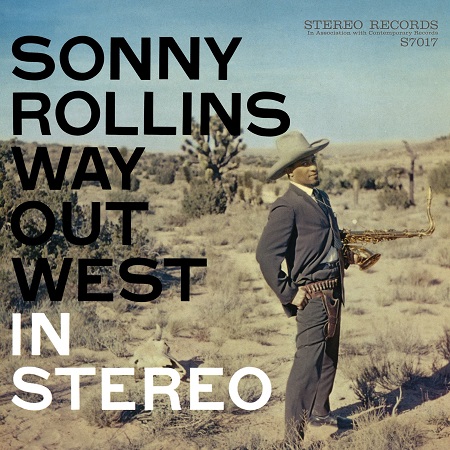 On February 16, 2018, Craft Recordings will release a 2-LP deluxe edition of Way Out West from Sonny Rollins, celebrating the 60th anniversary of the recording session. The set features rare & previously unreleased material.

Way Out West, originally recorded for the Contemporary label in 1957, qualifies as an all-time Sonny Rollins classic. Culled from a 3AM session with bassist Ray Brown and drummer Shelly Manne, the material collected here demonstrates why Rollins was considered the top tenor saxophone in jazz at the time of the recording.