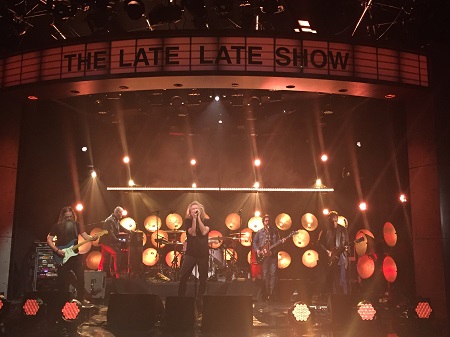 Robert Plant is scheduled to be the featured musical guest on The Late Late Show with James Corden tonight(3/1). Tune in at 12:37/11:37c on CBS. Check back, we’ll embed the performance below.

Plant & the Sensational Space Shifters will be promoting the singer’s latest solo effort, Carry Fire, which was released on October 13, 2017 via Nonesuch/Warner Brothers Records. The self-produced eleventh solo album is the follow-up to 2014’s lullaby and… The Ceaseless Roar.