Cat Stevens / Yusuf announced his highly anticipated studio album, The Laughing Apple, available worldwide September 15th. The album will be released under Yusuf / Cat Stevens’ Cat-O-Log Records imprint exclusively through Decca Records, the same label that launched his career 50 years ago.  You can now hear the first single “See What Love Did to Me”,  located above.

The upcoming album features newly written songs and re-recordings of some of Yusuf’s early material, allowing him to present the songs as he’s always wished they’d been recorded.  “There are some I always wanted to hear differently,” Yusuf explains. “Many of my earlier recordings were overcooked with big band arrangements. They crowded the song out a lot of times.”

The most recent songs — “See What Love Did to Me,” “Olive Hill” and “Don’t Blame Them” — possess the reflective insight of a spiritual seeker. Four others, including one initially intended for the 1971 film ‘Harold and Maude,’ have been updated with new sections. Additional highlights include contemporary versions of “Blackness of the Night,” “Northern Wind (Death of Billy the Kid),” “I’m So Sleepy” and the title track, songs that appeared in their original incarnations on 1967’s New Masters.

The Laughing Apple takes listeners to that little garden where the Tillerman sat under the tree, with a new illustration by Yusuf. Yusuf also has illustrated each of the album’s 11 songs, resembling a storybook — for those whose hearts have never grown old. 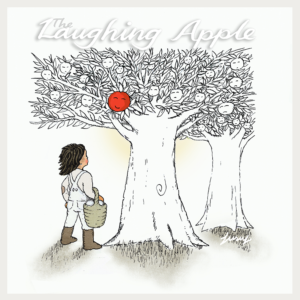