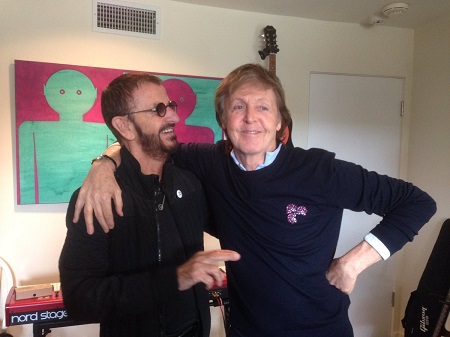 Paul McCartney and Ringo Starr have teamed up with the SiriusXM radio network to debut a station dedicated to the Beatles music, history and legacy. The channel will play the band’s hits, live recordings, lesser known hits and tracks taken from their respective solo careers. There will also be shows exploring the Beatles impact on the world and even a live phone-in option for fans to share memories.  The station is set to launch on May 18th, 2017.

“I still remember the thrill of when we first heard our music on the radio, but I don’t think any of us would have imagined that we’d have our very own Beatles radio channel more than 50 years later,” said Paul in a statement.

Ringo added, “Great news, The Beatles will have their own channel on SiriusXM. Now you can listen to The Beatles, any time at all. Peace and Love.”

Scott Greenstein, SiriusXM’s president commented, “We’ve worked with The Beatles and Apple Corps Ltd. to create a channel that is as vital today as when the band’s music was first recorded. The channel will be all-things-Beatles, 24/7. The soundtrack of our world, made by John, Paul, George and Ringo.”