Guitar World: Snake Sabo: “I’m not as good as I used to be. But it inspires me – if I don’t feel like I need to get better, then what’s the point?” 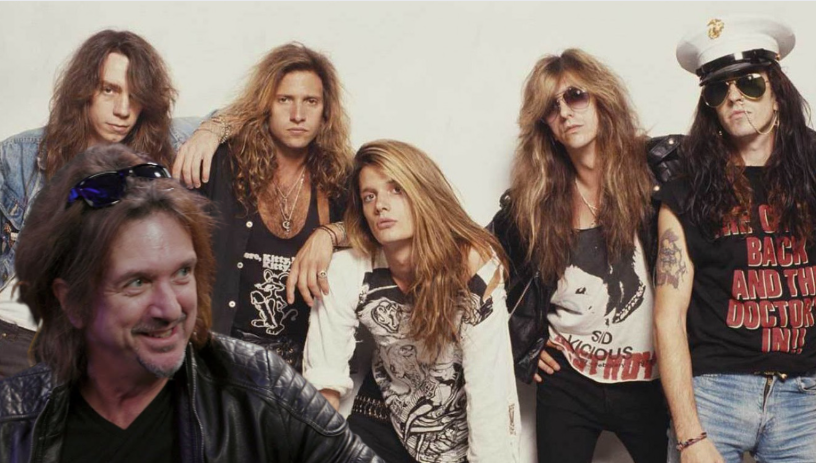 When you look back on Skid Row’s first two records, what do you feel has allowed them to endure the way they have?

“We were on absolute fucking fire. We had a clear mission. We were extremely motivated and ambitious, and it was authentic, dude. You’ll hear people who talk about the difference between our first and second record and how Slave to the Grind is heavier, and yeah, that was on purpose.

“Between the first and second records, we had grown as a band and had become a lot more aggressive when we played live, and we wanted to reflect that. We had started building a reputation as a formidable live band that hit the stage and jammed fucking hard. We really put on the show, and I think that that aggression led to the creation of the next record.

“And we had lived a lot of life between the creation of the first and second record, and there was nothing forced; we felt those riffs and lyrics started coming out the way they were coming out. It all felt very natural, like the correct next step. The authenticity of those records and the reflection of who we were as a band is why those records live on. They’re real, and our fans picked up on that and never let go.”

I’d argue that Skid Row was never heavier than on Subhuman Race. Was that a natural progression as well?

“Well, there was a lot of angst in the band, and the cracks in the veneer were showing themselves prevalently. Rachel and I often refer to that record as the sound of a band breaking apart or being pulled apart, if you will. I’m surprised that Subhuman Race even got made because of all the shit happening.

“And I like that record; I think musically, there’s some cool stuff on there – I’m just shocked that we were able to do it. There was a lot of infighting, disagreements, and ego killing the band, and also, the climate was changing; musically, you could feel it.

“And I also think that we probably needed a longer break from each other. But then again, if we had taken a longer break, maybe that would have been the end of the band. Who knows? But that record was a struggle to make, and it shows in the sound of it. So, it was natural, but not the same as we saw with the first two records.”

Invariably, people will compare Erik Grönwall to Sebastian Bach. Would you go as far as to say that Skid Row is stronger now than in its heyday?

“People will compare, and we hear people calling for reunions all the time, but there’s no need. Even before Erik, we never felt a need to go there. Things happened the way they did, and things had gotten very toxic by the end of a certain period in our history.

“I do think Skid Row is stronger now than ever before. Erik can hit all the notes from those early albums and does it effortlessly. He’s got a ton of energy, and for us to sit here and watch him perform, man, it’s a pleasure. I couldn’t ask for anything better than what Erik has given us, and I wouldn’t trade it for anyone from the past.”