Axl Rose, “The White House is the current US gold standard of what can be considered disgraceful.” 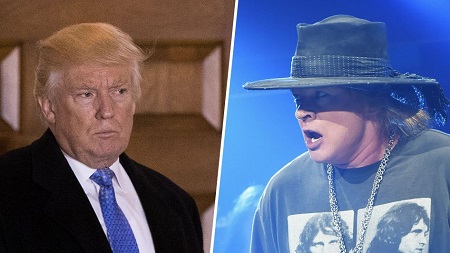 Earlier today, White House press secretary Sarah Sanders responded to comments made about President Donald Trump’s mental fitness to serve as president.  Sanders said: “It’s disgraceful and laughable. If he was unfit, he probably wouldn’t be sitting there, wouldn’t have defeated the most qualified group of candidates the Republican Party has ever seen.  This is an incredibly strong and good leader, that’s why we’ve had a successful 2017 and why we’re going to do great things as we move forward in this administration.”