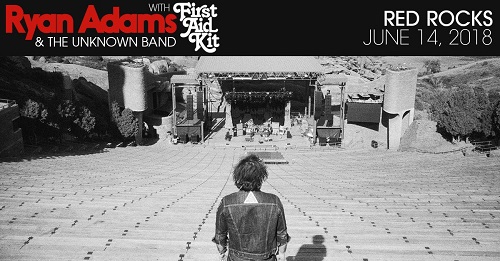 Ryan Adams & the Unknown Band will perform at Red Rocks with special guest First Aid Kit on June 14, 2018.   Tickets are on sale now.

Adams released his 16th studio album, Prisoner, on February 17, 2017.  The record debuted at #8 in the United States on the Billboard 200 and #3 in the United Kingdom on the Official Albums Chart.

First Aid Kit are currently promoting their new full-length studio effort, Ruins, which was released on January 19, 2018 via Columbia Records.