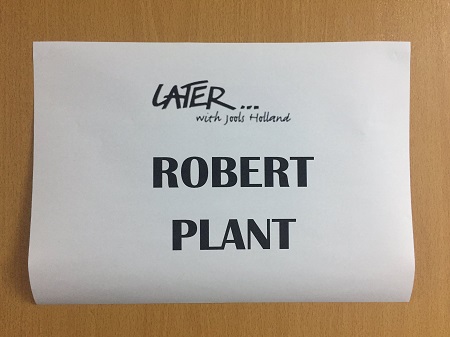 Robert Plant will be on Later with Jools Holland tonight @ 10PM GMT (less than an hour away in the U.S.).

Robert Plant returns to the studio to perform songs from his 11th studio album Carry Fire, which he will be touring in the UK in November. Album and tour find Plant teamed up again with his band The Sensational Shape Shifters, in a set of songs that combines some haunting tribal rhythms with Plant’s customary inventive flair and sense of urgency.