Rob Halford on the Upcoming NEW Judas Priest Album: “It’s written and it’s great and it’s got everything you love” – 2022/2023 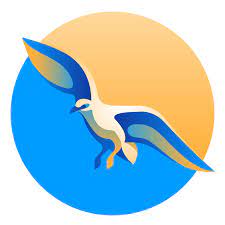 In a Zoom interview with the Caller-Times, lead singer Rob Halford said he’s looking forward to returning to the Sparkling City by the Sea and remembered performing at the Memorial Coliseum with Mahogany Rush’s Frank Marino decades ago.

When Halford learned the building is no longer intact, he was disappointed but said it’s a “thrill to be coming back.”

He described the tour as cinematic and “a little trip through the metal memory lanes.” He said the band’s follow-up to its 2018 album, “Firepower,” is almost finished (though Halford still has to record his vocals, he said, calling himself a “slow [expletive] queen”). “It’s written and it’s great and it’s got everything you love about Priest and more,” Halford said.

On the inspiration for the upcoming album: 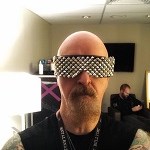 We never really know. I don’t think we’ve ever made a plan, per se. We did a little bit with “Firepower” because we wanted to explore our other classic elements with Priest. I think the only other time where we had a kind of blueprint was “Painkiller.” We wanted “Painkiller” to reinforce the ferocious metal power this band possesses. Besides those two, everything is just whatever happens.

We get together, as we have done for all these albums, we meet at a studio, everyone brings their ideas — somedays we start with nothing — and then we end up with a song that will live forever. It’s just joyous. We always try to make an album that stands alone.

(“Firepower”) was so well-received and critically acclaimed. It was kind of like, “Is that it? Should we leave it there? Should we leave the party now?” But that record, along with the reception from our friends and in the industry, gave us even more energy and more determination to make another Priest album. And make one that’s a strong piece of work to come after “Firepower.”