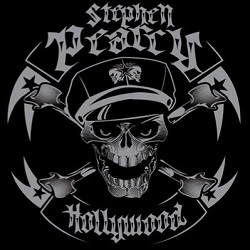 OFFICIAL: New Stephen Pearcy (his 6th) solo record due 2021 TBA with co-writer, lead guitarist Erik Ferentinos. With all (13) songs written by the pair, Pearcy is finishing working on lyrics. A few songs were written with RATT in mind.

Ratt frontman Stephen Pearcy will entertain doing solo shows 2021. With a new solo record due to start recording early next year. @theRATTpack will not be recording any new music anytime soon. Pearcy say’s; “Now @ErikFerentinos and I will get the next solo record out”. TBA pic.twitter.com/Xqmn2KpV0H