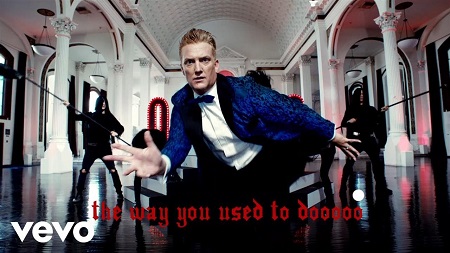 The official video for the song “The Way You Used to Do” has been embedded below. The track is taken from the latest Queens of the Stone Age album, Villains, which was released on August 25, 2017 via Matador Records.

Villains debuted at #3 in the United States on the Billboard 200 chart, selling 73,000 equivalent units, of which 69,000 were traditional album sales. The album also reached #1 in the UK, Canada, Australia and New Zealand.